Protecting Canada’s forests with the help of citizen scientists

One of the most important aspects of effectively controlling and managing invasive species that are threatening Canada is early detection.

Early detection is critical to the prevention of establishment and spread of invasive pests. The Canadian Food and Inspection Agency (CFIA) is the agency who is responsible for preventing the introduction of invasive species listed under the Plant Protection Act, regulating the movement of those invasive species within Canada, and monitoring for those invasive species that are not yet found in Canada. CFIA puts regulations and restrictions in place to protect Canada from new pests and to prevent the further spread of those already established. This work is accomplished in coordination with provincial and federal government agencies and other organizations, including the Invasive Species Centre and the Canadian Council on Invasive Species.

CFIA and other partners play a critical role, but citizens also have their own role to play. Most recently, a detection of Asian longhorned beetle (ALB) in Edmonton, Alberta was found and reported to the City of Edmonton by a concerned warehouse worker. After the interception, the city’s biological sciences technician reiterated the importance of having many eyes on the ground, stating that all infestations in North America have been found by citizens and not people working in the forestry industry.

Asian longhorned beetle is native to China and the Korean Peninsula. It attacks a wide range of hardwood trees, including maple, birch, and poplar. Having no natural enemies in Canada makes this forest pest highly destructive if established. From 1980 to 2008, there were 32 interceptions of ALB at Canadian ports of entry (Haack et al., 2009). Five detections also occurred post-entry during this time period (Haack et al., 2009) in warehouses or nurseries that materials were being shipped to, as in the recent case in Edmonton, Alberta. With this frequency of detections, it is incredibly important for citizens, especially those working in industries that are receiving shipments from overseas, to be vigilant of this forest pest that has the potential to devastate our Canadian hardwoods.

An ALB infestation was confirmed in Canada in 2003, in an industrial area near Toronto, Ontario. Within a few months of the detection, an eradication program was put in place and susceptible host trees were removed. The pest was eventually deemed eradicated after five years of monitoring efforts with no detections. Monitoring efforts found no indication of the beetle until 2013. In the winter of 2013, a second detection occurred, once again reported by a concerned citizen. Eradication efforts began again immediately, and monitoring continues today to ensure that the eradication efforts are successful – meaning that absence of the pest is confirmed over five consecutive years.

As you can see in the case of ALB, having citizens that have the capacity to identify and report invasive pests has been critical to the success of eradication efforts. Without the early detection and reporting of the beetle by observant community members, the infested area could have grown, making eradication significantly more challenging to where it may not have been a feasible option.

Anyone can become a citizen scientist by learning about incoming invasive pest threats and how to identify, report, and manage them! More information on Asian longhorned beetle and other invasive forest pests can be found at www.forestinvasives.ca. 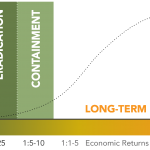 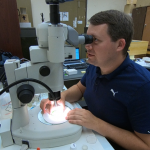 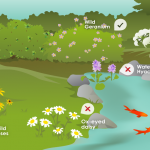